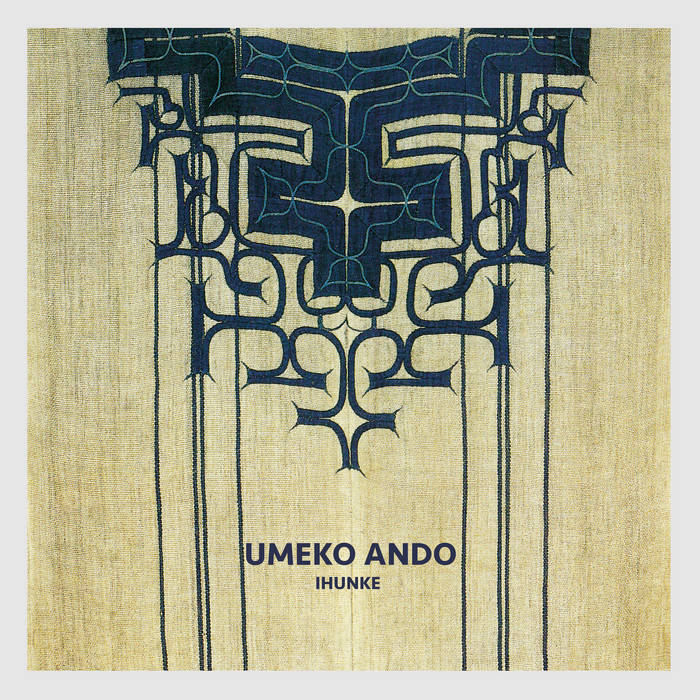 Takoyaki As well as being in 4/4 so it's easy to sample to be used for modern music production, I love the image and atmosphere it conjures. Favorite track: Pekanpe Uk.

Umeko Ando (1932-2004) was a folk singer from Japan. She was a representative of the Ainu culture on the Hokkaido Island in the north of Japan.
“Ihunke” was her first album which was recorded with the Ainu musician and dub producer Oki Kano in 2000. It was released on CD in Japan only and is finally available on vinyl (2LP + linernotes, DLC included). “Ihunke” is following last year’s single “Iuta Upopo” [Pingipung 58, incl. M.Rux Remix] which had been received with overwhelming enthusiasm and was quickly sold out.
The 16 Ainu songs on “Ihunke” are delicate, natural gems. They are built on Oki Kano’s Tonkori patterns (a 5-string harp), over which Umeko Ando develops her repetitive, mantric vocals, often in a call-response manner. Oki Kano is one of very few professional Tonkori players who performs worldwide with his Oki Dub Ainu Band. The songs possess a mystical energy – when crows call accurately with Ando’s brittle voice in the first song, it seems like natural powers join in with her music. Her voice sounds like animals of the sky and the forest.
Oki Kano: “It was a lot of fun to record with Umeko Ando. Many Ainu hesitate to break with tradition – if Umeko hadn’t been so flexible to work with the younger generation and recording technology, this album would never have happened. Our sessions were intense, and we were proud and happy about making such beautiful music.”

Historical background: Only recently (in 2008) have the Ainu officially been acknowledged as indigenous people who are culturally independent from Japan. This record is an example of how their music has been passed on through generations in the underground Ainu communities while it was oppressed by the Japanese hegemony. It deserves a huge audience.

Here is a feature on the record in the German Kaput Magazine (in English):
kaput-mag.com/stories_en/the-magic-music-of-umeko-ando_andi-otto-in-conversation-with-oki-kano-collaborator-of-the-late-umeko-ando/

Umeko Ando (1932-2004) was a folk singer from Japan. She was a representative of the Ainu culture on the Hokkaido Island in the north of Japan.

Bandcamp Daily  your guide to the world of Bandcamp

Benji B talks about his new compilation ‘Deviation Classics’